CHICAGO, Jan 11 (Reuters) – U.S.airlines have come a long way since the spring of 2020 when COVID-19 brought the industry to its knees. Yet the pandemic will loom large when big carriers report quarterly earnings starting on Thursday.

The latest wave of the health crisis, driven by the highly contagious Omicron coronavirus variant website has caused havoc for a short-staffed industry.A multifold increase in daily sick calls as well as a series of winter storms have led to mass cancellation of flights website

For example, in one day alone, nearly one-third of United Airlines’ workforce in Newark, New Jersey called in sick. The Chicago-based carrier has 3,000 employees who are currently infected with the virus.

Since Christmas Eve, U.S.airlines have canceled more than 30,600 flights, or about 7% of the scheduled total, according to flight-tracking service FlightAware – one of the biggest disruptions in recent years.

Until the Omicron variant began to take a toll on airline operations, the quarter through December was shaping up as the industry’s strongest period in two years.

The promising start prompted Delta Air Lines Inc and Southwest Airlines Co last month to forecast a profit for the quarter.Both carriers had previously expected to report a loss.

Delta is due to report fourth-quarter earnings on Thursday. Analysts on average expect the Atlanta-based carrier to post an adjusted profit of 15 cents a share, according to Refinitiv data.

Similarly, Wall Street expects Southwest’s adjusted profit to come in at 9 cents a share on Jan. 27.

American Airlines on Tuesday forecast website a smaller-than-expected fall in fourth-quarter revenue.Both American and United Airlines will report their results next week.

The virus-induced turmoil has dampened expectations of an upside earnings surprise.

Air travel demand tends to cool off in the first quarter, which should ease staffing needs of carriers.Still, their earnings could suffer if they struggle to run a smooth operation.

“If planes do not fly, airlines do not generate revenue,” said Peter McNally, global sector lead for industrials materials and energy at research firm Third Bridge.

A spokesperson for JetBlue Airways Corp warned of additional cancellations until COVID-19 case counts start to come down. Most of the airline’s crew members are based in the Northeastern United States where the Omicron variant is raging website

“Like many businesses and organizations, we have seen a surge in the number of sick calls from Omicron,” JetBlue’s spokesperson said.

The airline has cut its flight schedule through mid-January and is deploying team leaders and managers to staff frontline operations.It is also offering incentives for crew members not scheduled to work to pick up additional shifts and trips.

To mitigate the staffing issues, United Airlines is offering its pilots premium pay through the end of the month. Southwest, too, is offering pay incentives for operational employees through Jan. 25.

All the incentives along with flight cancellations are expected to further inflate the industry’s costs, which have gone up in the past year due to efforts to ramp up operations.

Until Omicron’s onset, carriers were assuming that a rebound in business and international traffic would help mitigate the cost pressure and allow them to be profitable this year.

They were all aggressively hiring pilots, flight attendants and airport staff to run more flights this spring and summer.

Surging COVID-19 cases, however, have called that assumption into question as they have brought in a new york to newark airport wave of border restrictions.

Last month, Delta said while it was still hopeful of a “very strong” summer over the transatlantic route, the Omicron variant could delay a recovery in international traffic by at least three months.The transatlantic route is one of the most lucrative ones in the world and accounted for up to 17% of 2019 passenger revenue for the major U.S. carriers.

The variant has also clouded the outlook for the industry’s cash cow, business travel, as it has forced companies to further delay bringing their employees back to office.

Analysts at Bank of America Corp reckon the pandemic’s impact on corporate travel is the biggest risk to the airline industry.

“The pandemic will continue to drive travel patterns, but we think it will have the biggest impact on corporate travel,” the bank’s analysts wrote in a note.(Reporting by Rajesh Kumar Singh in Chicago Editing by Tim Hepher and Matthew Lewis) 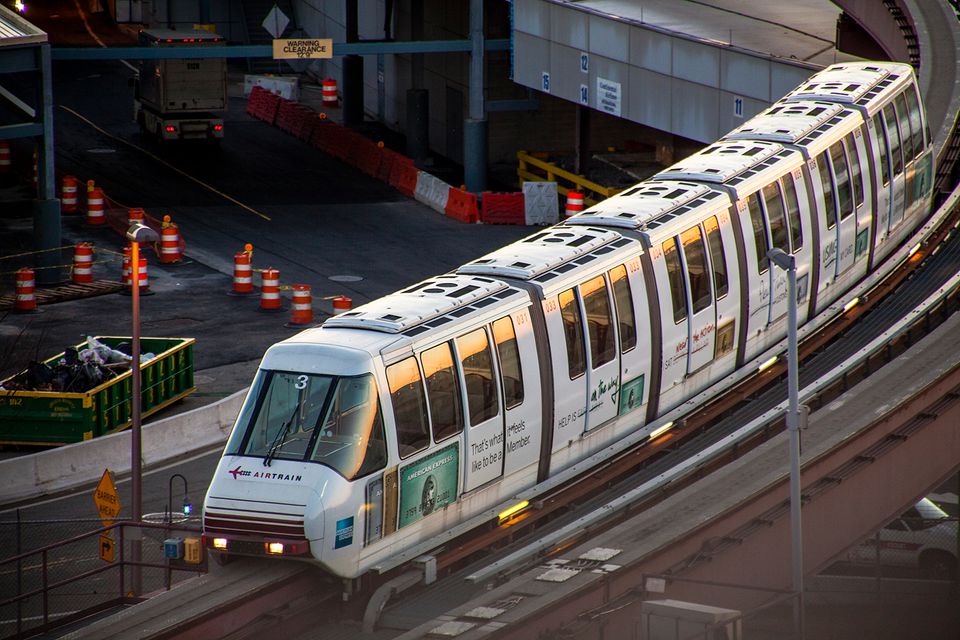